I use docker every day. All the applications I write at work or at home end up in docker containers. Most of the time though, I am only running docker-compose up so when I need to do something more complicated I have to look it up.

So this post is a resource for me but I am hoping these commands will be useful for you too.

Cleaning up after Docker

If you have been using docker for a while you are going to end up with quite a few docker images hanging around. These commands should help clear them up.

Most of the cleanup commands that are shared will clean out all of your containers. This command cleans up just those you haven’t used in a while:

If an image isn’t tagged then you likely aren’t using it so we can get rid of these as well.

If you really want to get rid of everything not currently running, including volumes and images you can use this one:

Most of you will already be familiar with docker build here are some of the less used docker commands.

Rebuild all docker-compose images with no cache

By default doing a docker-compose build will use cached images. If you want to make sure they are built from scratch and pull down images you need:

Rebuild just one service in your docker-compose

This one is especially useful on my Raspberry Pi where builds are a bit slower. If you know only one service has changed you can rebuild just that one.

Connecting to a docker container

If you need to debug why a container isn’t working you often need to connect to the running container.

Connect to a running container

To use this command you need to run docker ps to get a list of running containers, then use the container ID in the command below.

If your container doesn’t have bash you might be able to use sh.

Connecting to a stopped container

If you want to connect to a stopped container it is a little more complicated.

You can then run it and connect to it using:

If the docker container has a faulty script at startup you may need to use this:

Copy files between container and host

Occasionally you might want to copy files to and from a running container. Using the Container ID again you can use the following commands.

If you just want one file, for example the hosts file you can use:

Or if you want a whole folder you can do this (where etc is a folder in the working directory on the host):

Similarly you can copy to the container to just by switching the parameters around:

Let me start this with a disclaimer, I am not a React expert and I am sure there are probably other ways to do this. If you know of a better way then please let me know in the comments! I have recently added Giscus to my blog which is a great way to ...
Towards the end of 2021, I started getting into web3 a lot more. Not only did I join the Developer DAO but I also launched my own NFT collection and wrote a few blog posts on the topic. One of the key components of web3 is the ownership of data. In w...
If you are new to the crypto space the concepts of decentralised finance can seem a bit overwhelming. There are so many new terms to try and understand, it can be challenging to see how everything fits together. I have been working in the traditional...
I have done quite a few website migrations over the years. My blog like many first started out on WordPress. After several attempts at optimisation, I ended up generating a static version of my WordPress website. On my static site generation journey...
If you have stumbled upon this article you have probably seen the term web3 being mentioned around the internet. Especially on Twitter at the moment it seems to be the latest buzzword. With all the hype around NFTs and crypto at the moment, a lot of ...
Do you remember that scene in Ready Player One, when IOI are showing what the future of the Oasis will look like once they take over? “We have determined that we’ll be able to fill 80% of the user’s display with advertising before inducing seizures”...
I have been a professional software developer for over a decade and I have been writing code for over 25 years. However, sometimes I still feel like a fraud. It turns out, I am not the only one that feels this way and they have a name for it, it is c...
It is rare in software development that you are building something in complete isolation from everything else. Generally, you are going to be making calls to other systems or components. If you are lucky you are building against an existing API that ... 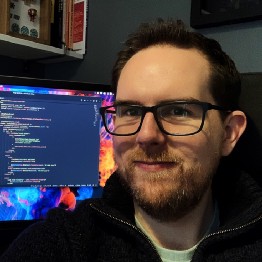 Want to get in touch? You can find me here:

SHARE:
© 2022 Alex Hyett - Software Developer
Privacy PolicyCookie PolicyAffiliate Disclaimer
hello@alexhyett.com
Disclaimer: The opinions expressed herein are my own personal opinions and do not represent my employer’s view in any way.