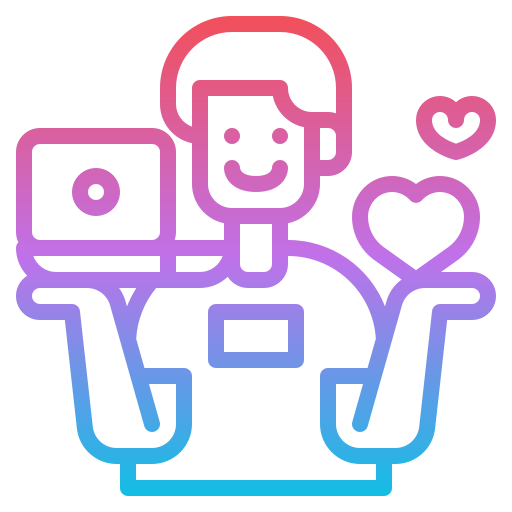 Overcoming Fear By Doing What is Obvious

“I don’t want to sound stupid.”

“Everyone knows this already, why am I bothering?”

It is human nature to want to create things. As a child, I am sure you were constantly drawing, building things out of bricks or playing with your toys in an imaginary world.

For most of us, this evaporates when we become adults. We no longer draw, write, or create anything for that matter.

What was instinctive as a child is slowly lost as we grow older. On the rare occasion that we do get to create something, we marvel at our creation. Whether it be baking a cake, painting a picture or writing a blog post.

It is not so much that what we have created is a masterpiece.

No, the miracle is that we managed to create anything at all.

Why do we stop creating things if it makes us happy?

For most of your early years, when creating was still a passion, you would have been at school.

Everything you created, whether it was a short story, an essay or a picture, would have been subject to criticism.

Lastly, it would have been criticised by yourself.

It is difficult to think highly of your work when there are 30 other people in the class who have created something very similar. When your work can be so easily compared, it will often fall short of others in your own eyes.

So we stop creating, as to create means to receive criticism.

In the hope to avoid criticism, to avoid being compared to others, we try and create something original.

If it is completely original, then by definition there is no comparison that can be made.

The myth of originality

However, creating anything truly original is incredibly difficult, if not impossible.

All our thoughts are shaped from the experiences we have had through our life. It is impossible to disconnect the two. Everything we have read, watched or heard is going to shape how we think and is going to seep in to what we create.

Anything that appears original to you is just made up from the experiences of the creator.

Take Harry Potter, for example, what did J. K. Rowling create that was truly original?

She didn’t create wizards, as there are hundreds of stories already featuring wizards and witches with magic wands. She didn’t create any of the mythical creatures, whether it be “Fluffy” the 3-headed dog (aka Cerberus) or the Basilisk that was terrorising the school and nearly killing the children.

So surely she created the concept of a wizarding school?

A young inept wizard who turns out to be in some ways the most powerful of them all, … a school, with teacher’s pictures that move about, and a wicked wizard .. There is a horrible quilted beast and a variety of spells.

There is nothing original about the Harry Potter books, yet they were wildly successful. The lack of originality didn’t stop J. K. Rowling from becoming a multi-millionaire.

**Everything that is created stems from something else, there are no original creations. **

Sometimes it might appear original, but it is just because you aren’t aware of the thoughts of the creator that produced this mashed together masterpiece.

Even plot lines get re-used over and over again.

This is the plot to so many films, you wonder why they keep producing them:

The point is, you don’t need to be original, you just need to create something. It will likely appear original to others, as it is made up from your own unique experiences and circumstances.

What is obvious to you, is amazing to others

There is a great article from one of my favourite non-fiction authors Derek Sivers entitled, “Obvious to you, amazing to others”.

He describes how he is often in awe of other creators work, whether it be films or books. Whereas his own writing never feels particular special.

Everything he writes just seems obvious to him and therefore (he thinks) must be obvious to everyone else too. Yet, he frequently gets messages from people asking how he came up with these amazing ideas.

I find this when I try and come up with blog posts to write or videos to create. “Surely everyone knows this and will get annoyed at me stating the obvious”.

C.S Lewis has a great explanation for this:

“It often happens that two schoolboys can solve difficulties in their work for one another better than the master can… The fellow-pupil can help more than the master because he knows less. The difficulty we want him to explain is one he has recently met. The expert met it so long ago he has forgotten. He sees the whole subject, by now, in a different light that he cannot conceive what is really troubling the pupil; he sees a dozen other difficulties which ought to be troubling him but aren’t.”

This is often referred to as the “Curse of Knowledge”. When you have been doing something for a long time, it can be difficult to distinguish between what you know and what others know.

I keep hearing from other creators that often the book, course or video which took them the least effort, and they didn’t think would do very well is often their most successful.

We are particularly bad at judging our own work, the key is just create and let the world decide what is valuable.

So if everything is just a rehash of something else and everyone is creating what seems obvious to them, why are some things wildly successful and others aren’t?

There is a fair amount of randomness and luck when it comes to creations being successful.

There are ways to stack the deck in your favour by doing what has worked in the past.

Hollywood, as we have seen, frequently reuse plot lines or cast big name actors in their films.

YouTubers often end up creating similar videos to everyone else, as the particular title, thumbnail and topic has been proved to work in the past.

Even with this, there are still no guarantees that it is going to be successful. Movies with big name actors still flop at the box office, and thousands of published books never become bestsellers.

The key is to overcome that fear and create what appears obvious and unoriginal to you. The more you create, the more chances you have of something being successful, and once you find that thing, you can double down on it.

I read around 30 books a year, and occasionally I come across a book that either teaches me something completely new or changes my way of…
You wake up and everything is eerily quiet. For some reason, the radio station isn’t playing any music and the TV is just showing static…
SHARE: