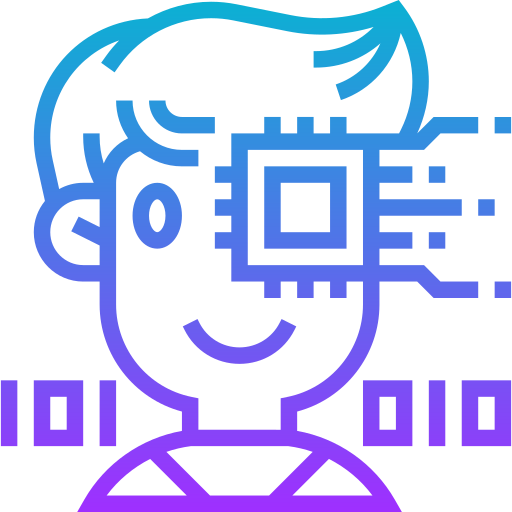 Will technology ever make our lives easier?

You can break down the story of the human race into 3 main parts.

For most of the first 300,000 years of our existence, we were hunter-gatherers. We foraged and hunted for our own food, taking only what we needed from the land in order to survive.

There was no point in taking in excess, as we had nowhere to store it. It would be a long time before we would invent refrigerators, so anything we couldn’t eat that day would need to be consumed the next.

It is estimated that hunter-gatherers would spend around 8 - 12 hours per week on finding food and shelter. In winter months this would have been more as food would have been scarce.

The rest of the time would have been spent on other activities such as making tools, clothing and socialising.

Most hunter-gatherers were nomadic in nature, moving from place to place and consuming from the land as they went.

Around 10,000 BC, someone came up with the idea of growing crops and keeping animals instead of going out to find them. We now had a way of sustaining ourselves over the colder months, provided we could keep our animals alive.

This is also triggered the end of the nomadic lifestyle as settlements appeared around the farms.

With a more secure supply of food, we could dedicate more of our time to other activities, such as building cities and empires. This wasn’t true for every one, of course. The farmers who tended the crops and cared for the animals had to work for most of the day, especially in harvest season.

The farmers didn’t have set hours, it was a case of working until everything was done or the sun sets, and they couldn’t see any more.

At some point we invented some tools such as the plough, which greatly reduced the workload for the farmer. Although, with each new invention, we had a tendency to increase the amount of food we produced instead of working less.

If life were simpler and humans weren’t so greedy, then this wouldn’t have been a bad life. However, that is not the case.

Farmers were often working on land owned by a Lord and everything had to be done in service to them, who themselves did very little. On top of that, taxes (called a tithe) had to be paid to the Church in the form of money or produce. A lot of this excess collected from the Church was simply put in barns and left to spoil or be eaten by rats.

It was a hard life for people living in those times, mostly because of the corrupted society they lived in.

It wasn’t all bad, there were usually around 60 holy days (this where the word holiday comes from) a year, many of which included traditions, food and games to celebrate them. Attendance, however, was likely mandated by the Church.

Everything changed in the 1700s when the industrial revolution started. Many started flocking to the cities for work.

People gave up the autonomy they had as farmers to work in factories. Instead of working from dawn till dusk or until the work was done, they now followed the clock and had to work 8 hours a day. Often doing very repetitive tasks under supervision with little breaks.

Gone were the festivities that were once enjoyed in rural communities. Instead, workers would often have little time to themselves and would resort to alcohol at the local tavern to escape from their tedious lives.

What they gained was predictability. A predictable income but a boring life.

Mass production lowered the cost of products and greatly increased the world’s wealth. Suddenly we could produce many multiples more than we needed, and some people became incredible wealthy.

However, the conditions for workers didn’t improve. They were still expected to work 8 hours a day under terrible conditions. If the excess they produced wasn’t needed, then workers were out of a job instead of having to work less.

The above will sound very familiar to many. We are still in the period of the industrial revolution, still having to work 8 hours a day, with little energy at the end of it to enjoy life.

Yes, we are better off than they were 150 years ago, we have more holidays, medical care etc.

However, with each new invention, each technological advancement, we never work less as a result.

Let’s say, for example, a new technology allows us to produce a product 20% faster than we could before.

Which of these scenarios do you think is most likely?

In most cases, companies will always pick either option 1 or 2.

They will either produce more to increase their income or reduce the workforce and decrease their expenses.

The first scenario keeps everyone overworked. The second scenario leaves 80% overworked, while the other 20% out of a job.

Obviously, companies want a return on their investment (ROI) on the new technology, so won’t even consider option 3.

However, as has been shown by numerous studies, reducing hours by 20% (a 4-day work week) at the same pay, has been show to increase productivity as well as the happiness of the staff.

This pattern can be seen repeated throughout the last 100 years, whether it be robots automating factory work or computers automating paperwork. It always results in more work for some and no work (or income) for others. The same will happen with the introduction of AI into our day-to-day lives.

At what point, do we use technology to lessen our work load?

At what point, do we realise that we already have enough?

You would think we would learn from hindsight, and this time will be different. However, I am not the first to come to this conclusion. Bertrand Russell wrote in his essay “In Praise of Idleness”:

The rational solution would be as soon as the necessaries and elementary comforts can be provided for all to reduce the hours of labor gradually, allowing a popular vote to decide, at each stage, whether more leisure or more goods were to be preferred.

❤️ Picks of the Week

📚 Book - I’m currently reading Someday is Today by Matthew Dicks. It is filled with some great advice for anyone who is looking to pursue anything creative and struggling to find the time.

📝 Article - I recently read this article by Daniel Vassallo (an ex-AWS engineer who now runs a Small Bets community) about how variable income makes him smarter. It is an interesting read of how he deals with the variable income of his creator business.

👨‍💻 Latest from me

My plan was to write every single day this year. Only halfway through January and I realised I have already bitten off more than I can chew. I haven’t done too badly this week but I will be reducing my frequency to 3 blog posts, 1 newsletter and 1 video per week. This seems more manageable going forward.

🎬 YouTube - 5 Books That Changed My Life. The article I wrote last week on this did really well on dev.to receiving over 2,000 reads, so I thought I would make a video of it.

📝 Article - How to Succeed as an Introvert Engineer. On the surface, software engineering seems perfect for introverts, but there are a few aspects that can make it challenging.

📝 Article - 10 Essential Apps Every Developer Needs. I do all my development on Mac, but there are a few Windows versions on this list as well.

📝 Article - How I Use Morning Pages in My Daily Routine. I may not be publishing every day, but I do tend to write every day, just not for the eyes of others. A quick look at morning pages and whether they could benefit you too.

📝 Article - 15 Best Books for Programmers You Should Read. There are a lot of books for software developers, but it can be difficult finding ones that are worth reading, can’t go wrong with these 15 as a start.

📝 Article - Why You Struggle to Learn to Code. Many developers waste time doing tutorial after tutorial without actually learning anything. In this article I show a different way. Next week’s YouTube video is on this subject as well.

💬 Quote of the Week

“Your time is limited, so don’t waste it living someone else’s life.”

From 6 Months to 6 Figures by Peter Voogd. Resurfaced with Readwise.

Want to add a comment? Comments can be added to the article on Substack.